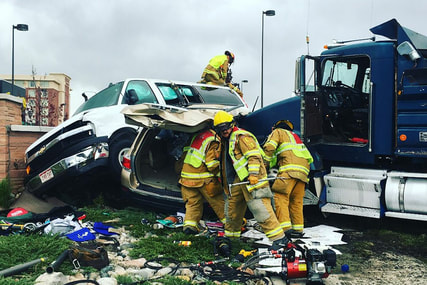 Colorado Springs, Colo., June 13, 2018 – It’s time we do something to protect the people who put themselves in harm’s way to protect others. This is the collective sentiment behind the creation of The Protect Effect, an effort to keep police officers, sheriff’s deputies and firefighters safe in the line of duty.

“We feel safe knowing that, if something goes wrong, first responders will be there to help. They provide our safety net. But, we rarely stop to consider the dangers they face in doing their jobs,” said Meredith Vaughan, wife of a Colorado Springs Fire Department Captain and the CEO of advertising agency Vladimir Jones (VJ). “It’s time to step up and support the foundations that support our first responders.”

VJ launched the campaign May 17 and is running it pro bono. Other businesses supporting the effort include The Gazette and Lamar Advertising, which together have contributed about $500,000 in donated advertising space and creative services.

“We’re humbled and honored by this community endeavor,” said Nicole Magic Soto, executive director of the Police Foundation of Colorado Springs. “The majority of funding for the Colorado Springs Police Department, and all first responder agencies, comes from the City and federal grants. Inevitably, though, they encounter budget shortfalls. Each of these Foundations channel extra support to meet identified needs for our first responders to further enhance the safety of our force and the safety of the public overall.”

Learn more and donate at theprotecteffect.com.   Your donation may provide you with tax benefits.